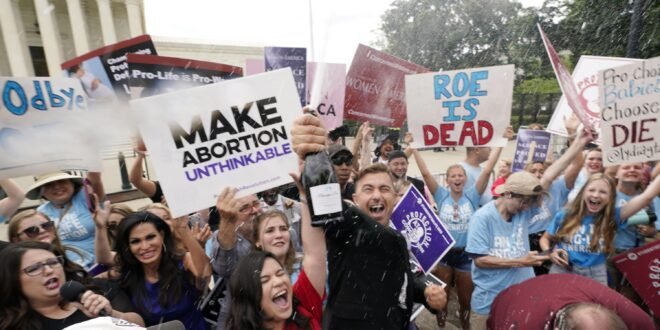 Will health insurance companies still provide coverage for abortions in the wake of the Roe decision?

There are pretty clear guidelines on when and if abortion is covered by insurance. It is unknown if individuals will have access to that coverage now that Roe v. Wade has been overturned.

Additionally, eight states with trigger laws on the books that do not include rape and incest exceptions are among those where abortion is mandated by federal law to be covered by Medicaid in cases of rape, incest, or to safeguard the life of the pregnant person.

However, whether someone can utilise their insurance outside of their home state depends on whether a hospital or physician would take it. Even then, patients can be faced with large deductibles and out-of-network expenses that make their coverage expensive unless that clinic is in-network.

Abortion clinics and healthcare professionals are now trying to figure out how insurance coverage for abortion will function in a post-Roe world.

According to Laurie Sobel, associate director for women’s health policy at the Kaiser Family Foundation, “it’s an uncertainty at this moment.”

Consider the Red River Women’s Clinic in Fargo, North Dakota, which has made preparations to relocate to Moorhead, Minnesota, where abortion will still be allowed, five minutes across the river. As permitted by the federal Hyde Amendment, the clinic intends to continue billing North Dakota Medicaid for abortions brought on by rape, but is unsure if the state would pay.

The clinic’s director, Tammi Kromenaker, said, “We’re going to bill them, and we’re just going to have to wait and see.” “We have no idea. That is what is unknown.

In violation of federal law, South Dakota does not provide abortion coverage in cases of rape or incest, according to a 2019 report from the Government Accountability Office. According to the report, despite CMS having informed South Dakota that its policy did not adhere to federal law nearly three decades prior, “the agency has not taken any action since that time to assure South Dakota’s compliance, and does not have plans to do so.”

According to the Kaiser Family Foundation, it is often left to each firm to decide whether an insurer covers abortion, however there is no current information on the number of private policies that do so. However, a number of states have passed legislation limiting or demanding that abortions be covered by the health insurance plans they regulate, also known as fully insured plans.

In private health insurance plans that are subject to state regulation, abortion is not covered in Idaho, Indiana, Kansas, Kentucky, Michigan, Missouri, Nebraska, North Dakota, Oklahoma, Texas, or Utah. Some of those states forbid private insurance plans from paying for abortions in any circumstance other than when doing so would save the life of the pregnant person, while others include include exclusions for rape, incest, and serious foetal deformities.

Abortion coverage is mandated by law in seven states: California, Illinois, Maine, Maryland, New York, Oregon, and Washington. All of those states still recognise the operation as legal.

Nine states have legislation on the books that will make abortion illegal — or potentially make it illegal — when Roe is overturned, but they haven’t stopped private insurance companies from offering coverage for abortions. These are Wyoming, South Dakota, West Virginia, Tennessee, Alabama, Arkansas, Louisiana, Mississippi, and Mississippi.

The federal government, not the states, regulates self-insured plans, another type of private insurance. Those plans are free to decide whether or not to cover abortion regardless of state regulations, but it might be difficult to locate in-network coverage if a person needs an out-of-state physician.

A stock exchange plan purchased on the open market

The operation will stay lawful in some of those states, including Montana, North Carolina, and Pennsylvania, despite the fact that abortion is already outlawed or soon will be in many of those states following the demise of Roe.

According to the federal Hyde Amendment, Medicare only pays abortions in pregnancies that jeopardise the pregnant person’s life or that stem from rape or incest. Medicare also covers some disabled adults under 65 who are not 65 years of age or older.

According to the federal Hyde Amendment, TRICARE, which serves the military, only pays for abortions in situations when the mother’s life is in danger or where the pregnancy is the consequence of rape or incest.
If a doctor has a “good faith belief” that a patient’s pregnancy was caused by rape, incest, or that continuing the pregnancy will endanger the patient’s life, they must mention this in the patient’s medical record.