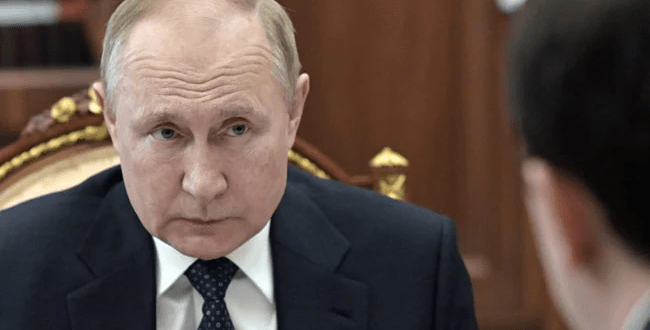 For the first time since the Bolshevik revolution more than a century ago, Russia has defaulted on its foreign debt.

The White House stated that the default demonstrated the effectiveness of Western sanctions imposed on Russia since its invasion of Ukraine in response to news that Moscow had failed to pay approximately $100 million in interest on two bonds during a grace period of 30 days that ended on Sunday.

A senior administration official stated on the sidelines of a G7 summit in Germany that “this morning’s news around the finding of Russia’s default, for the first time in more than a century, situates just how strong the reactions are that the US, along with allies and partners, have taken, as well as how dramatic the impact has been on Russia’s economy.”

Russia refuted claims that it was in default, claiming that the payments had been made on May 27 in both dollars and euros and that the funds remained at Belgian settlement firm Euroclear.
The historic default had been widely anticipated when the US Treasury revoked a carve-out from sanctions that had permitted US bondholders to be reimbursed by Russia and half of Russia’s foreign holdings were blocked.

By punishing Russia’s National Settlement Depository, which acts as the nation’s agent for its foreign currency bonds, the European Union earlier this month made it more difficult for Moscow to fulfill its debt obligations.

Nevertheless, it took longer than many had anticipated: As rising energy prices have bolstered the nation’s coffers, sanctions have generally failed to cause Russia’s economy to collapse.
In the meantime, the value of the ruble against the US dollar has skyrocketed to a seven-year high.

After a protracted saga that brought it dangerously close to default, the nation was able to repay its creditors with dollars in April. The nation issued an $84 million Eurobond that would mature in 2024 and a $565 million Eurobond that was due this year, according to the finance minister of the nation in April. The finance ministry asserted that both payments were made in US dollars in accordance with the bond’s contract requirements.

Due to recent actions taken by US and EU authorities, however, that was not feasible this time.
State-run news outlet Ria Novosti cited Russian Finance Minister Siluanov as saying last week that due to the sanctions, Moscow has no “other method left to send funds to investors, except to make payments in Russian rubles.”
The needed payments of $71 million and €26.5 million had been made, according to a Telegram post from the Russian finance ministry on May 27.

The essential currency payment was paid as early as back in May, the Kremlin spokesperson Dmitry Peskov said on Monday during a regular call with reporters, refuting any claims of default.
It was “not our fault,” he stated if investors did not receive the money sent to Euroclear.
Therefore, he continued, “There is no basis to term it a default.”
With counterparties who are subject to sanctions, Euroclear is unable to settle any securities.

The Kremlin has accumulated around $640 billion in foreign reserves since 2014, the last time the West imposed sanctions on Russia as a result of its invasion of Crimea. As a result of Western sanctions put in place during the invasion of Ukraine, about half of that money is currently frozen.
Given that Russia is already unable to borrow money overseas and that the value of its current bonds has fallen to pennies on the dollar, it is unclear what impact, if any, the default will have on the country’s economy in the near future.

However, Russians will very probably suffer in the long run. Due to its invasion of Ukraine, the nation has few allies abroad, and the default will probably prevent it from accessing foreign financing for years.

@@chaltaf007
Previous Will health insurance companies still provide coverage for abortions in the wake of the Roe decision?
Next Amtrak train with 243 passengers crashes into a dump truck in Missouri