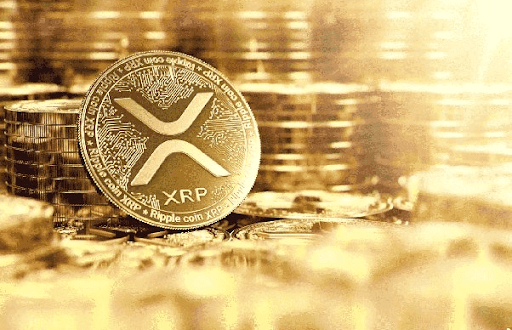 Can XRP reach $10? Why the crypto community is divided

Cryptocurrencies are always a hot topic of debate and speculation. Recently, XRP has been at the center of controversy within the crypto community. Can XRP reach $10, Some believe that it could reach $10 in value, while others think its current price is inflated. So, what’s the verdict? Is XRP headed for big things or is it just another over-hyped digital currency? We’ll take a look at XRP’s pros and cons to help you decide whether or not it’s worth investing in. Let’s take a closer look at the factors affecting its price and find out.

Ripple is a payment network that uses the cryptocurrency XRP. Ripple’s main aim is to provide a fast, cheap and reliable way of sending money around the world. It has been backed by some major financial institutions, including American Express and Santander.

XRP is the native currency of the Ripple network and it is used to facilitate payments on the network. When a user wants to make a payment, they need to convert their fiat currency into XRP. The current price of XRP is $0.31.

There are two main factors that are affecting the price of XRP: speculation and adoption.

As with any cryptocurrency, speculation is playing a big role in the price of XRP. Cryptocurrencies are notoriously volatile and their prices can fluctuate rapidly. This is due to the fact that there is no central authority regulating them. When news about a particular cryptocurrency hits the markets, its price can rise or fall dramatically.

This was seen recently when it was announced that Ripple had partnered with American Express. The news caused the price of XRP to jump by over 20%. However, it is important to note that such price movements are not always based on fundamentals and they are often short-lived.

The other factor affecting the price of XRP is adoption. The more people use the Ripple network, the more valuable XRP will become. This is because demand for XRP will increase as more people use it to make payments.

Ripple has been working hard to increase the adoption of its network. It has partnered with major financial institutions, such as American Express and Santander. These partnerships are important because they help to increase the visibility of Ripple and its native currency, XRP.

A P2p crypto exchange is a platform that allows users to trade cryptocurrencies directly with each other, without the need for a centralized third-party exchange. Instead, users connect with each other through the platform and trade directly. P2P exchanges have a number of advantages over traditional exchanges. For one, they are generally much cheaper to use, since there are no intermediaries involved in the process.

Additionally, exchanges tend to be more private and secure than traditional exchanges, since there is no central point of failure that could be hacked or attacked. Finally, P2P exchanges often offer a wider range of coins and tokens than traditional exchanges, since they are not limited by the listing requirements of a centralized exchange. As a result, P2P exchanges are becoming an increasingly popular way to trade cryptocurrencies.

XRP is a digital asset built for payments. Its main purpose is to provide liquidity and reduce transaction costs. XRP can be used to facilitate cross-border payments, and it’s also faster and more scalable than other digital assets like Bitcoin. The benefits are not without drawbacks, however. XRP is centralized, which means that it’s subject to the whims of its founders. Additionally, XRP is not yet widely accepted by businesses and exchanges, which limits its utility. Overall, XRP is a promising digital asset with potential for growth. However, its centralized nature may give some investors pause.

Investors should carefully consider all of the risks and uncertainties associated with XRP before making any investment decisions. XRP is a digital asset with a limited track record, and its price may be subject to volatile swings. Additionally, XRP is not yet widely accepted by businesses and exchanges, which could limit its utility. Investors should also be aware of the potential for regulatory crackdowns on digital assets, which could adversely affect the price of XRP.

So, what’s the verdict? Is XRP a good investment or not?

There is no simple answer to this question. Cryptocurrencies are highly volatile and their prices can move rapidly. This makes them risky investments. However, if you believe that the Ripple network will be widely adopted in the future, then investing in XRP could prove to be profitable. Only time will tell.

Previous How Might Green Pigments Be Applied?
Next Maury Travis Tapes