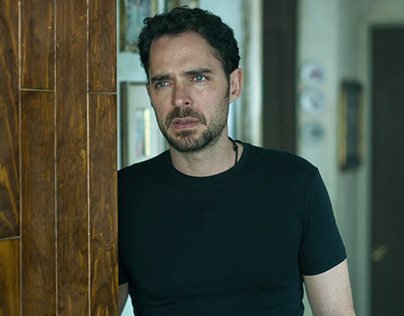 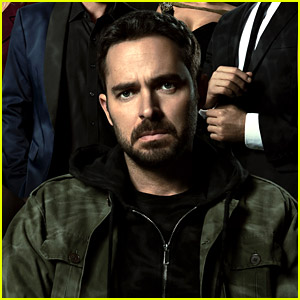 Manolo Cardona is a Colombian actor. He has been a part of more than 25 movies, and is currently featured in the Netflix series Who Killed Sara? His most recent film was La Ultima Muerte. You can find out more about this actor by reading our full bio! We also included the latest news about Cardona and his wife, Valeria Santos! Here are some fun facts about the actor.

Manolo Cardona is a Colombian actor

Manuel “Manolo” Julián Cardona Molano is a Colombian actor. He has acted in many films, including ‘Jazz Nights’ and ‘Four Weddings, Three Sisters.’ He is currently living in Los Angeles, California. He is known for playing a variety of roles, including those with the theme of love and loss.

The actor is also a producer and model. He gained popularity in the United States and Colombia with his role in the popular Netflix series “Who Killed Sara?”. Besides acting in Hollywood movies, he is also a successful producer. He has over two million followers on Twitter and 700k on Instagram. In 2012, he married Valeria Santos, who belongs to a Colombian political family.

Before entering the acting business, Cardona studied international relations and finances at the University of Cali. At the age of fourteen, he landed his first television commercial. He was subsequently signed to numerous modeling agencies in Colombia, where he landed his first leading role. In 1995, he landed his first role in a Colombian television series called Padres y Hijos. The following year, he won a role in the soap opera Por que Diablos.

After graduating from college, Manolo pursued a career in acting, but his path was not always straight-forward. While he studied finance and international relations, he also studied film in Spain. However, his good looks have served him well throughout his life. He started modeling at an early age and has landed numerous spots in fashion shows and commercials. Eventually, he signed with the United Talent Agency in June 2021.

Manolo Cardona’s career has seen him appear in many films. He played the lead role in a romantic comedy called Ladron de Corazones in 2003 and a supporting role in the Mexican film Gitanas in 2005. After this film, he made his Hollywood debut as Sam in the Disney film Beverly Hills Chihuahuahua. In November 2008, Cardona starred as Santiago in the film Undertow. In addition to his work as an actor, he also produced a short film called Risas Inocentes.

He is married to Valeria Santos

Colombian digital content creator, Valeria Santos, is married to award-winning actor Manolo Cardona. The couple has a large following on Instagram. Manolo and Valeria met in 2010 and have been inseparable since then. Valeria is a popular influencer on the social media platform with thousands of followers. Valeria and Manolo have two adorable children together.

Manolo Cardona was born on April 25, 1977, in Popayan, Cauca, Colombia. He was given his nickname at a young age, and eventually became a well-known actor. The actor was raised by his mother, a psychologist, and his father, Juan Manuel Santos, a former mayor of the town. He studied film direction in Barcelona, Spain, and was a member of the Colombian Bar Association.

He is an avid traveler and has visited many countries around the world. His recent trips to Italy and France have allowed him to take pictures of the different sights. However, Colombia remains his favorite place to be. If you’re interested in seeing this talented actor in action, then check out his website and learn more about Valeria Santos. There are many other great reasons to visit Colombia!

He has a net worth of $1.5 million and is considered the richest TV actor in Colombia. Cardona’s net worth is estimated to rise even higher in 2020 and 2021. Valeria Santos is a Colombian actress and model who earned about $1.5 million in early 2021. The couple have two kids together, Gael and Guadalupe.

He also produced a short film, Risas Inocentes, in 2009 with his brother Juan. This film won several awards. After starring in Who Killed Sara?, Cardona acted in several films including The Snitch Cartel (2011) and Plaza Catedral. Valeria Santos is an actress and has worked in a number of other films.

The two married on 25 April 2017. The couple has two children. Manolo Cardona is a native of Popayan, Cauca, Colombia. His birthstone is Taurus and he is in the 44-year-old age group. He has been married three times. The couple’s relationship is very stable and they enjoy a happy marriage. You can learn more about Manolo Cardona by reading their relationship history.

A native of Cuba, Carlos Rodriguez began his career in the late 1970s in theater works and acted in several television shows, including Juegos Prohibidos and El lobo. He also had a role in a commercial for Cinzano. Later, he appeared in the Telemundo series Historia de un trepador. In addition to films, he has appeared in commercials.

Despite its subtitle, “La ultima muerte” is an extremely slick and visually striking film. Ruiz, an experienced music video director, has a distinct style and a keen eye for visuals. The film’s sci-fi premise is based on the science-fiction genre, and his performance is one of the highlights of the film.

He is also a producer

Born and raised in Colombia, Manolo Cardona is a renowned actor and a producer. His acting abilities have been recognized with numerous awards. He received the Imagen Foundation Award for Best Supporting Actor in 2008, and was named the year’s most influential Latin actor by the Los Angeles Times. The acclaimed actor and producer is also an avid supporter of LGBTQ and women’s rights.

In the United States, Cardona has starred in television shows such as “El Jesuita” and “Narcos.” His directorial debut, “One Must Die,” features Maribel Verdu, who he’s worked with in “Y Tu Mama Tambien.” He’s joined by actresses Carla Adell, Juan Carlos Remolina, Fernando Becerril, and Jorge Garcia in the film.

The actor has worked on several films in Latin America, primarily in the Latin American market. He is a producer, actor, and singer-songwriter. He was also the star of the Mexican film “La Ultima Muerte” with Kuno Becker. And he has also worked with his brothers on a production company. In 2009, Cardona starred as a homosexual painter in “Contracorriente,” which was produced by 11:11 (onceonce films).

In addition to his acting career, the actor is a father. He and his wife Valeria Santos have one child. The couple loves spending time with their families. Manolo also enjoys soccer, one of the most popular sports in the world. As an avid fan, he also loves to play soccer. This passion for the sport led to his success in the entertainment industry. If you’re looking for an entertainer, check out the Manolo Cardona profile on Wikipedia! You’ll love his style, and his acting and productions will be a hit.

Another great acting performance by Cardona comes in Netflix’s “Who Killed Sara” which he starred in with his brother Juan. The movie premiered in Colombia and was produced by 11:11 Films Company, which has a deal with Viacom International Studios. He is currently married to Valeria Santos and the couple has been together for over 10 years. He is a talented actor and a producer!

@@chaltaf007
Previous How Much Is Daisy True Ryan Worth?
Next Best sites to watch animes for free