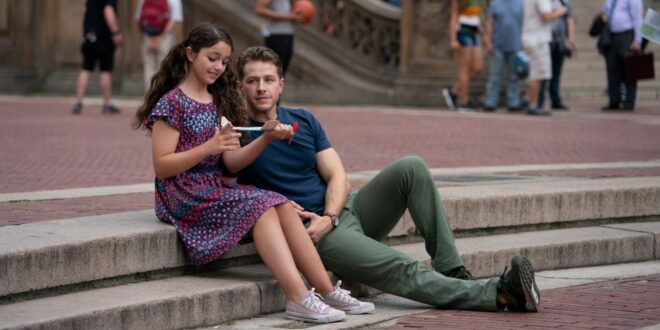 A Life in Film: The Incredible Story of Jenna Kurmemaj

Jenna Kurmemaj has always loved movies, and it showed in her work as an actress and a producer; she was nominated for several prestigious awards over the course of her career. Kurmemaj began her acting career when she was just two years old; her mother signed her up with an agent after seeing how much she loved watching movies and how well she responded to them emotionally.

Born on May 20th, 1982 in Montreal, Jenna Kurmemaj grew up surrounded by filmmaking. Her father was a producer and her mother an actress, so it was only natural that she would follow the family tradition. Even as a young child she would often be found wandering around film sets and even appearing as an extra in some scenes.

She began acting professionally at the age of six and became one of Quebec’s most successful child actors until turning to directing at the age of seventeen . Her debut feature film, I Am My Own Wife: Sian James, won a Genie Award for best Canadian feature-length dramatic film.
In 2011 Jenna Kurmemaj won four awards including best director and best screenplay for And Then He Fell into my Arms. Recently, Jenna has been focusing more on scriptwriting and has written scripts for many TV series.
Jenna Kurmemaj is recognized as one of Canada’s greatest filmmakers with nearly 100 films under her belt.

Kurmemaj graduated from the University of North Texas with a degree in Radio, Television, and Film. She continued her education at the New York Conservatory for Dramatic Arts and then returned to Dallas to teach at her alma mater. In 2007, she moved to Los Angeles where she worked as an assistant director before finally landing a job as a producer.

In 2016, Kurmemaj wrote and directed her first short film which was accepted into 18 film festivals around the world. It won 11 awards and has been seen by over 4 million people worldwide. Kurmemaj also co-wrote, produced and directed a short documentary on Hollywood’s most influential producers called The Business of Show that is currently being shown on Showtime.

Jenna Kurmemaj is a woman who has spent much of her life standing on the sidelines. She was born and raised in Ohio where she excelled at her school work and graduated from high school with a 4.0 GPA. Her love for film began when she was just seven years old and watched The Wizard Of Oz. It was then that she knew that this would be her lifelong ambition.

With the support of her family, Jenna enrolled at NYU’s Tisch School Of The Arts to study filmmaking. However, not many people are able to follow their dreams because they cannot afford it or do not have the opportunity to do so. Jenna Kurmemaj struggled with financial aid applications, student loans, and paying tuition out-of-pocket while juggling working two jobs to help pay the bills.
The pressure became too much and Jenna eventually had to drop out of NYU. Although Jenna was heartbroken by her decision, she couldn’t imagine any other way as it seemed like there were simply too many obstacles in the way. Even though Jenna made some mistakes along the way, her dream never died as one could see how happy Jenna becomes while telling stories through film – which speaks volumes about how passionate she is about what she does!

Kurmemaj is a screenwriter, producer and director. She has collaborated with Nicolas Cage on eight films including the Academy Award-winning film Leaving Las Vegas. Her other credits include the Oscar-nominated film Wild at Heart, starring Nic Cage and Laura Dern; and Honeymoon in Vegas, starring Nic Cage and Sarah Jessica Parker.

She has also written for a number of TV shows including HBO’s Entourage, Showtime’s Weeds and FX’s Terriers. She recently directed an episode of ABC’s Designated Survivor starring Kiefer Sutherland. It will air Wednesday November 1st at 10/9c on ABC. In 2013, Kurmemaj became the president and CEO of Worldwide Motion Pictures Group (WMP), a Los Angeles-based film production company that she founded.
In 2014, WMP was awarded financing from Image Nation Abu Dhabi to finance feature films through its new production banner Imagenation Abu Dhabi.
Kurmemaj was recognized by Variety Magazine as one of their Women in Entertainment 2017 for her role as Executive Producer on Rosewater (2014).

Jenna Kurmemaj was born in the Bronx, New York. Her father, a Lithuanian immigrant and self-taught artist, would often paint scenes from their daily life on glass jars. Growing up around art shaped her into the woman she is today. She has always loved to dance and moved to New York City to pursue her dreams as a dancer. After years as a professional dancer, she took her love for dance and started using it as an outlet for healing and teaching others how to heal through dance with Yoga Dance Therapy.
A month later, when Temptation premiered at Slamdance festival to rave reviews, people began inquiring about whether Jenna had done any other acting work.

It turned out that Jenna was so good at improvising during those two lines that people had assumed she had been acting all along! That’s when things really picked up for Jenna as her work opportunities came pouring in. She landed roles such as Megan Scavo on Ugly Betty or Lauren Fenmore on General Hospital among many other shows! In addition to acting roles, she also voiced over a character for King Arthur 2: Legend of the Sword alongside Academy Award winners Sir Ben Kingsley and Tom Stoppard!